Would this be considered flyaway and thus get a replacement??

I borrowed my uncles mini 3 pro. Went to Kilauea (a volcano in Hawaii) to take some shots. Before I flew it over the crater I put in a new battery, LED 4 was blinking so I thought that was plenty(which doesn’t seem to be the case according to the flight log - discussion point 1).

By the time I approached the crater (3800 feet away) I get a battery low warning, I manually rth and it starts to make its way back to me but I noticed it was going slow, so I put it on rth but the speed remained low. Looking at the flight log I realized its because of strong wind condition, which is on me, but it does not justify what happens next - Now I started panicking so I disabled rth and tried returning home manually. You can tell from the flight log that starting from 4m 15.6s, the drones speed was going up and down. I think this is what is crucial, a few seconds could mean I would’ve landed the drone but what really happened was that the speed of the drone never picked up; sometimes dropping to 0 (it is clear as day on the flight log, even though I was flying manually, it doesn’t make sense for me to fly the drone at such a low speed - discussion point 2).

Needless to say, my uncles drone is sitting on the slopes of a volcano. I’m almost tempted to risk my life to go fetch it because it looks very close to a road. I hope DJI can see this and reach out to me so we can come to a conclusion.

Looking at the flight log I realized its because of strong wind condition, which is on me, but it does not justify what happens next

Just my opinion, but I believe you answered your own question. Judging from the data I see, the wind was far too strong to even attempt a flight, especially so with a mini of any model.
Note in the graph below, the pitch and yaw of the aircraft in flight. It was bouncing around like a pinball in the wind. RTH would be impossible, and even manual return would be unlikely. The wind will eat up a battery very quickly as well so it is not surprising at all in regard to the low battery warning.

Next point is the wind speed itself. Almost a 40mph crosswind. 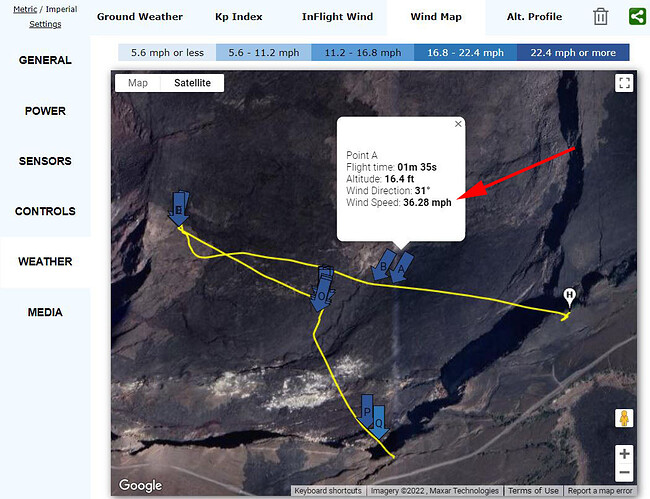 Lastly, you should have brought the aircraft back at your first wind warning which was well in visual sight, not more than 100ft away from you here: 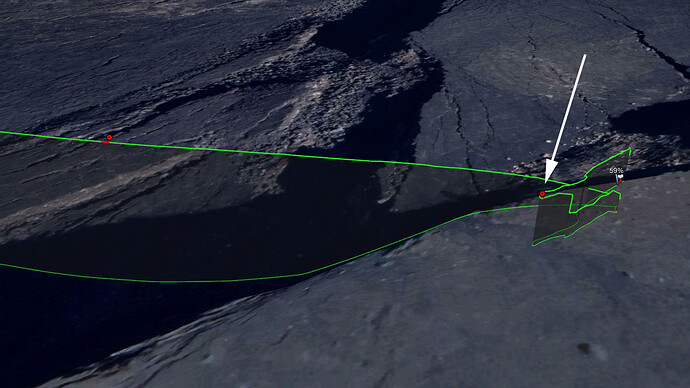 I would highly doubt DJI would consider this a “Fly Away”. There were too many warnings unfortunately.

Thank you, @Fly_Dawg. I was unaware that there were more detailed metrics like wind speed. I think your analysis is pretty on point; I guess I’ll have to try my luck and look for it haha

If this helps to narrow your search. The last transmission from the aircraft was at the GPS location shown below. It was during autoland and according to the VPS altitude it should be right at that spot. Good luck and let us know if you locate it. 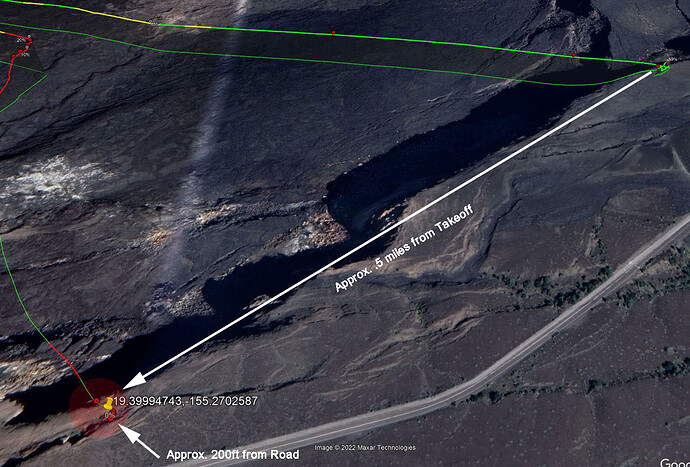 Isn’t that a national park? I thought it was illegal to fly drones there?

What’s up @Fly_Dawg I found my drone haha. Got a new drone from best buy insurance (highly recommend). All is well, even got the footage. Thanks again!

THAT is a good day when you can find it!