In this video, Peter Homer takes a close look at the SunnyLife Extended landing gear for the Mavic 2 Pro and Mavic 2 Zoom:


These landing gear feature the following:

I’m a new user and this is one of the issues I had learning in an open field. Were there any cons to this during your flight? This seems to be a really easy, cheap, simple fix.

Were there any cons to this during your flight?

I don’t own that landing gear set. When taking off from grass, I normally use one of these landing pads:

This is probably the most commonly used landing pad due to its low price. The only downside is that it’s lightweight and can blow around if it’s windy (and you don’t stake it to the ground). 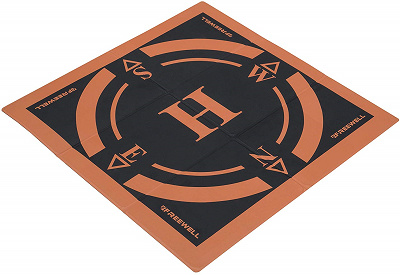 This landing pad is pretty unique. Its square shape allows for more surface area to land on. And it has some weight to it, so it doesn’t need to be staked to the ground.


For me, a landing pad is easier to use since I don’t use them often and it doesn’t require fitting and removing the landing gear to fit the Mavic back into my case.

If you decide to go with a landing pad and are going to be using it often, another good option is the Hoodman landing pad. It’s larger and has steel weights in the perimeter to hold it down.