My DJI Spark lost connection and did not return to home

I was flying my DJI Spark and when I look at my phone to check the image, it suddenly got disconnected from the remote. Waited for 15-20 minutes but unfortunately, it did not return to base. It was quiet afternoon and I could not hear any sound so I am guessing it has fallen.

It is a very thick grass area and I could not find where my drone is after searching for a while. Uploaded my flight record and could not see any error message (other than a high cell deviation), so I am unsure why it did not return to home.

Can someone help me to figure out what might went wrong?
https://www.phantomhelp.com/LogViewer/HBULE426CMOBCUNXYJBP/#

I still have an active DJI care, do you guys think I will be able to get replacement even though I could not recover the drone?

Thank you in advance!

I see nothing unusual in this data, other than as you mentioned the minor cell deviation. I suspect a few things here, but there is no way to be definitive. My question is, personally I don’t understand how you could lose the aircraft in the close proximity that is was. You obviously had good visual and could have brought the aircraft back visually. I suspect what happened was, that you lost only downlink from the aircraft and still had full manual control. The aircraft will not Failsafe RTH with loss of downlink only. You would need to use manual RTH, which you may or may not have attempted to utilize. If you did not utilize manual RTH, then the aircraft would have sat at the last known position and hovered until the battery reached critical and autolanded right there. Assuming that is the case you should find the aircraft in or near the red circle and closer in locale below. If not then all bets are off. 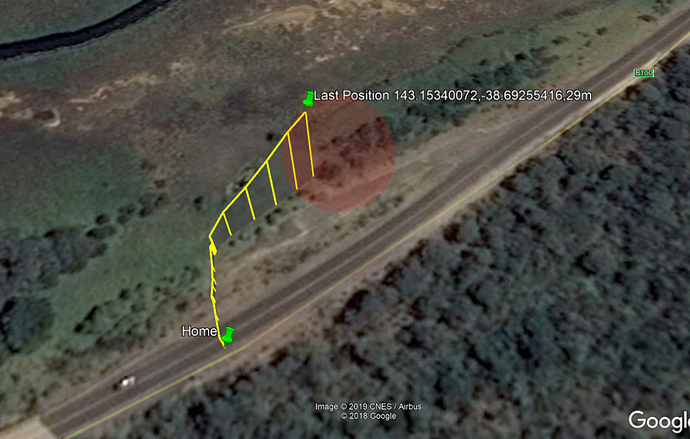 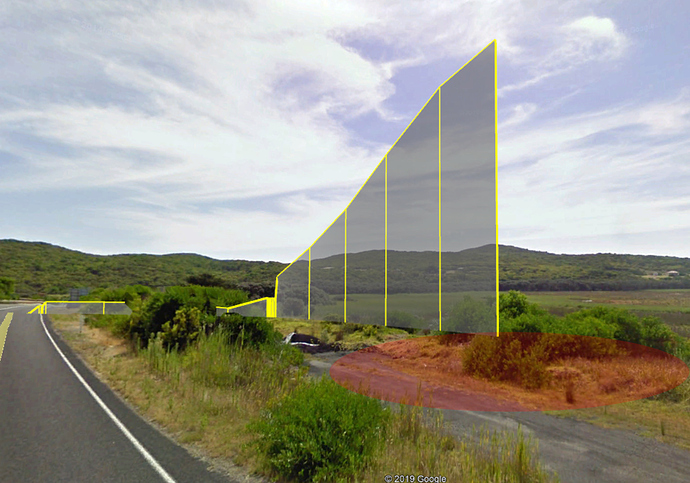 Your flight log shows no sign of a remote controller connection problem. And since your Spark did not return home, I can only assume the battery disconnected or was ejected from the aircraft. If that’s the case, you should find your Spark around -38.69255416, 143.1534007. Plug those coordinates into the map app on your mobile phone and look around that exact location.

I still have an active DJI care, do you guys think I will be able to get replacement even though I could not recover the drone?

DJI Care won’t cover it since DJI requires you to send in the drone when replacing it. The DJI warranty could cover it if it’s still under warranty and DJI finds they are at fault for the loss. I suspect that’s not what they are going to conclude though after reviewing your flight log. If you want to reach out to them anyhow, you can open at case here.

Thank you for your reply. The aircraft actually got disconnected with both the remote as well as the phone. I did tried to press the RTH on the remote just to be sure but of course it does not work.

When I lost the connection, I was actually checking the picture on my phone and when I look up to see where the drone was, I could not hear or see anything, so I suspected that the drone has fallen.

And also thank you for providing the map and also the approximate location of where the aircraft might have fallen. The map is actually a bit outdated as it is now a thick grassland (it is a start of rain season here) and I have given up searching after a while and could not go back now as it was a holiday trip.

Thank you. If you can see there is a deviation in the battery, is that possible that the aircraft shut itself down because of the battery failure?

Otherwise, like you said, there is a strong possibility that the battery got disconnected/ejected from the air craft as I could not see and hear the aircraft from such close proximity.

Unfortunately, it was a holiday trip and it is not possible for me to come back there in a short while.

Thank you for providing the link, I have contacted the DJI team now, will update you once I hear back from them.

If you can see there is a deviation in the battery, is that possible that the aircraft shut itself down because of the battery failure?

No, but the battery could shut itself off if the voltage in one of the battery cells drops too low. That didn’t happen in this case though. And in most cases where that happens, the aircraft will successfully auto land before the battery shuts off.

DJI could not determine the source of the problem and offers me 30% off the unit by itself. The cost of the unit actually pretty close with the unit+remote price, but since I needed for my holiday, so I decided to take on their offer.

Thank you for your help in this matter.