Most flights with a Mini 2

Ok ppl.I’m new here but am not new with RC drone flying​:grin:

.I am really interested in those numbers,how many km/mi,how many flights,how much time and with which battery?I intentionally did some big numbers(chasing a goal here)and am wondering is there a better(with better numbers)drone pilot somewhere out there?
Please feel free to answer at least one question or just add something so I’ll know someone is reading my post.Thanks guys.

just add something so I’ll know someone is reading my post.

I do not think this “chasing goals” is such a good idea. It sounds like some of those TikTok Trends: Fly your Drone higher than anyone else (Illegal in most every country…) only to find out your battery dies before you land and your drone drops the last 1,000 feet (300 meters) without power or Fly your drone so far away (using the benefit of a tail wind) that your drone can never return…

But I will give you the benefit of this one goal, someone read your posting… 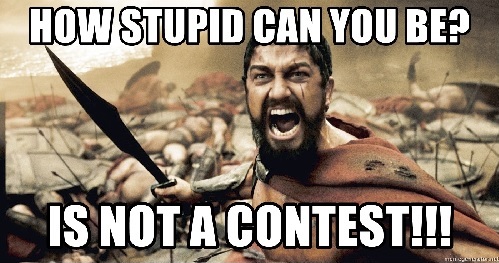 Thank you for reading my post,it’s good to know someone is reading!Well,from my point of view,for some statements you are wright.Flying a drone the highest you can,braking the law doing that,miscalculating and crashing the drone,on this one you are mostly wright,but flying the drone as much as you and it can I consider this like an ambition.And this also can end up with a profit!

First off, if you are to make a profit with a drone, you need a Part 107 license. And if you say it’s just to make video for my YouTube Channel, it’s illegal if your channel earns you any money. In fact, if you neighbor says he thinks he needs a new roof, you cannot even fly your drone over his house as a favor. The FAA rules say that even doing this for free earns you “Good Will” and that is deemed profit…

Apparently you are not familiar with the law that governs flying UAVs in most countries. For most intents and purposes, 400 feet is the max altitude that a Drone can fly and in some cases 100 feet is the max.

Also, flying for range puts the Drone pilot at risk of losing sight of the Drone. The law says you must have visual sight of the drone and flying FPV with goggles still requires an assistant to have visual sight of the drone. These jokers who fly their drone for distance but from a car (thinking they are legal because the can see it are still illegal, Recreational Pilots cannot get FAA authorization to operate from a vehicle) only part 107 and higher licenses can get this authorization.

This is why flying too high also stupid as well as illegal. This YouTube video drone flew too High, got stuck up there, the batteries got depleted and the Drone ultimately fell to the ground as you can see in the end of the video, it was a large drone and if it hit someone, it could have killed them. And this is what happens when you go for distance and if it had been over land, it might have come down right in the middle of traffic and who wants a drone smashing into their windshield? But lucklily the drone came down over water and the pilot got what he deserved… Log onto the FAADroneZone Web Site, Get and account and read the rules, you’ll be a happier and safer drone pilot.

I’m familiar with the rules,licenses and insurance as well like you have to have a registered business(don’t know how to say it on english)to put drone videos on youtube.Thats why I still don’t have a registered business yet but am collecting videos so maybe one day…Never the less I am an experienced pilot with RC models for more than a decade and a half,been learning few of entry students on duplex controls with trainer entry planes(some of them are still flying RC planes),have a good time flying rc planes,gliders,3D planes where I am good at and flying drones and helicopters.Have more than 4000 of flights with plenty of different aircrafts and my biggest 3D airplane is 160ccm with a 3.4m wingspan.By saying that and beeing in a club for so many years I’ve seen stupidity all over and all were human made stupidity.
About drones at first we hated those artificial bumblebees because they brought a focus on our hobby as well as restrictions and laws and extra expences;so many complications!Plenty of my colleagues still hate drones and what it brought to our hobby.It made our hobby a pain in the … So because of wreckless drone pilots we all have to suffer and be registered and go through all procedures almost like real pilots(sort of speaking)!
To make the story short,the sky was freedom back then a partial dream came true(when you couldn’t become a pilot,RC planes were the closest to that dream) but now it’s like it has become something that was in a first place,a dream.

don’t know how to say it on english

Anyone can put drone videos up on YouTube. But if you earn money from your YouTube Channel (here in the US) you have to have a part 107 license. I do not know where you are flying, but as you said, you “do not know how to say in English.” Just because English is not your primary language does not mean you are not in the US…

Yeah, I’m going to get political… I was real disappointed when the US eliminated the requirement to read, write, or even speak English to become a citizen of the US…

When I was US Air Force and stationed at a NATO base in Southern Italy, I went to college and learned to read, write, and speak Italian, and that was because I wanted to fit in and be a good guest of the Italian people. It also helped to prevent me from insulting the host nation by learning their culture and traditions.

Where are you located? Here in the US, we like to say, “Enquiring Minds Want to Know…” 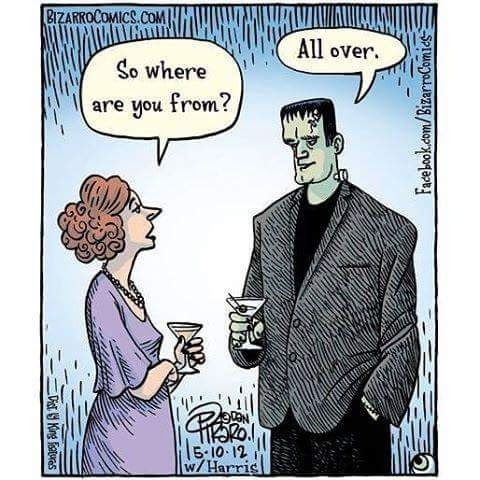 I’m from former Yugoslavia,from Croatia and I also know italian.Yes it’s polite to know the language of a country you are living in but there are also levels of knowing the language,how to speak it,say it,write it and spell it.I never been to America but am aware that my english american is not bad at all!But never mind for the language cause it’s obvious we understood each other.
About the law of flying a drone that’s less than 250gr.The law for this category here in Europe is that if it has no electronics for collecting personal data than you are free to fly it as a toy but if you got a camera or a microphone you have to get at least a A1,A3 licence and to register and insure it.Also you have the app to check for other flight activity near you and to get a flight permission.
That’s all just to have control over all or as much subjects/drone pilots they can.It’s reasonable cause there are to many drone pilots out there and some of them are beginners with no licence so they can be a great risk for everyone but mostly for the real planes!
Here you can not put a video made with a drone on a public media if you don’t have a commercial licence.Yes there are many videos made with a drone in Croatia on youtube with people that have no licence but the importat thing is what were they editing?If you happened to put a video of some monumental buildings,cities,crowds,over 120m high flights…you are getting the point,they will get you and fine you.Have to go now,see you!Till next time.

I can only guess that some people get tired of the hobby and actually decide to scrap their drone in a dramatic fashion? Endangering life and breaking the law is entirely another matter! Your excellent posts show a great example of each. I can only guess the character of a person who endangers the life of others and then has the NERVE to ask people if they have found the wreckage of his wasted drone? This does absolutely nothing to help the hobbyist flyer.
I’m anticipating tighter restrictions, here in the UK, but a slightly reduced altitude or distance from the operator really shouldn’t make much of a difference to a dedicated hobbyist? The sad truth is that some operators have no regard for either people or the law and see it as some type of ‘competition’ and as such, drone operators will continue to have a bad name.

I see this post has/is going in a bad direction.Please ppl create your own post about wreckless flying or whatever you’re gonna call it!Like I said regarding learning a language,there are levels!See you Lozza are new in this hobby,that’s good.Glad you’ve decided this hobby.I hope you’ll stay in this hobby indefinitely!About the distance and altitude I hope you will understand by time that you are wrong.You are starting now with the mighty Mini 2 which is almost the smallest drone out there to buy.With the Mini 2 the 120m limitation looks like he’s gone to heaven and with the eyesight limitation he’s only visible at the horizon up to 300m(if) as a dot!And what about a so called nose orientation?In case you didn’t know,eyesight visibility is for operating a drone without a help of a FPV/display(which means also gps and all on screen data)so you have to operate a drone like a basic RC toy! But what about the higher class big drones,mostly cinematic ones?That’s why the big drones have to be marked differently an you have to take the A2 test for it and also you can arrange a permission for it to go higher and since is bigger you can see it further.There’s also a special licence for to go out of your eyesight,further,far more further.So limitations…limiting a drone pilot to fly a drone up to 50m of height and a distance of a 150-200m brings a question why would anybody wanna buy a drone,say like Mavic 2 or better,to give few thousand queens for it just so he can fly it for a 100-200m?Conclusion,we have a tech and we need subjects to pass the exames for to fly it inside the law limitations and sometimes they can be much more than 120m of height and eyesight visibility.Most important thing,it was on the test if you went on one, is when there’s anything wrong during flight or before the flight and ppl happened to be there,just don’t fly it or land it immediately if you’re in the air.Don’t risk lives just to try to save your drone.Not worth it and that’s wreckless flying.

Wow, I don’t think that I’d dare go any bigger than the Mini, tbh - I’m far too much of a coward for that! Good point about the eyesight thing, though. I think I’ll stick with it though?