Hi guys, im new to this site, and pretty new to flying Dji Mavic Air. It has been going great flying, until i tried today.

I took of but then after about 30 seconds, i lost controll of it and it became very hard to fly. I could barely keep it flying where i wanted to and managed to do a forced “crashlanding” before it was to late. The Drone is ok but It was like it was trying ´to just fly away.

It all started aprox. 34 seconds in flying, ( check log in link) It was at the same time the controller said Home point recorded.

Could it be that i took of with to few sattelites connected?

Sometimes in the phone it says Go-VIsion, what does that mean ?

Could it be that i took of with to few sattelites connected?

That is a distinct possibility. It looks like you took off far too early. Even the early data is missing. I am guessing that the IMU was not warmed up properly before takeoff. Usually a home point update very shortly after takeoff is not an issue. But in this case it could have been. You were issuing elevator commands at the point of the update. That could also be a part of the issue that your thought was a “fly away”.

Ah thanks for the quick reply. I will take it more carefully when taking of in the future. Making sure it gets warmed up and has enough sattelites connected. After reading a bit in this forum this evening, 11 should be good. So i go for that.

The reason for the missing data in the first 9.3 secs is that not enough sats had been acquired long enough for the FC to be confident in the position calculations. Although it was computing things like Latitude, Longitude, xSpeed, ySpeed, etc they weren’t being reported because navHealth had not reached 3 (out of 5).

image.png939×348 3.84 KB
The isIMUPreheated field shows that the IMU was warm enough.

More interesting is that when navHealth reached 3 (out of 5) and the IMU derived calculations started being reported the MA thought it was flying and facing SE (green path, I symbol) . The GPS data was saying that it was flying NE (red path, A symbol) 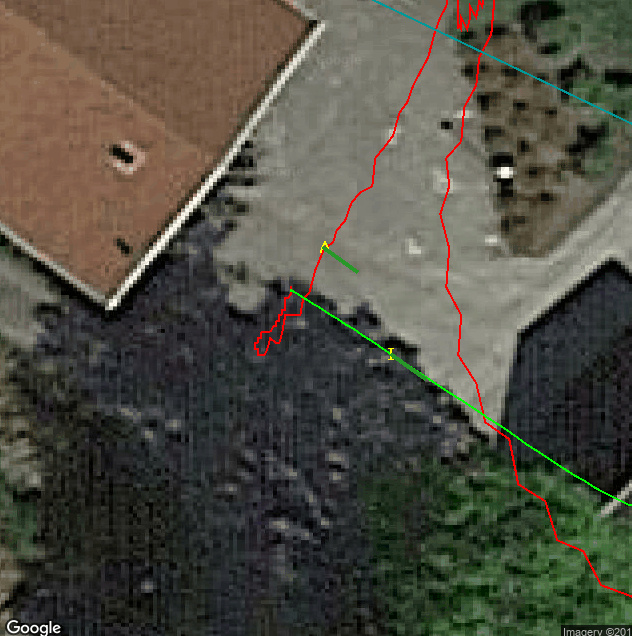 The correct .DAT will end with FLY078.DAT