The FAA posted this press release on their website to explain the power cities and municipalities have over drone flights. In short, they are only able to prohibit taking off and landing on land they own.

Interesting that the commission was formed in May but the press release did not come out until July!

So if you hand catch and take off on their land it would be ok???

Interesting that the commission was formed in May but the press release did not come out until July!

I can only assume the FAA released this now due to an overwhelming number of people asking them about it. US law has stated the FAA has exclusive authority for some time now.

So if you hand catch and take off on their land it would be ok?

I suspect you won’t be able to get around the rules that easily. If local authorities were smart, they’d just state that “no drones are allowed” in those locations where they do not want people taking off and/or landing.

…except that if you’re a hobbyist, hand-catching violates the AMA safety guidelines.

if you’re a hobbyist, hand-catching violates the AMA safety guidelines

True. However, if you’re not following the AMA as your community-based safety guidelines of choice, then you don’t have to follow the AMA guidelines.

What other nationwide CBO is there?

Thank you. Great info. I’ve heard of DUG but never heard of DroneUp. I had dismissed DUG as a legit nationwide CBO quite a while ago because they don’t seem to be nationwide.

I’ve just looked at DroneUp and their safety guidelines. 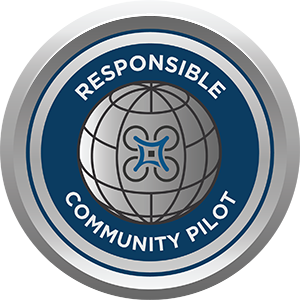 RCP Safety Guidelines In addition to our RCP Standard of Conduct, DroneUp pilots must agree to the following safety guidelines (Updated Feb 15, 2018): Unmanned aircraft must weigh less than 55 lbs. (25 kg). Visual line-of-sight (VLOS) only; the...

I don’t understand how they can specifically and deliberately contradict what’s written in Section 336 (i.e. notifying airports in Class G). Also, I can’t find evidence that they are nationwide or not nationwide.

And I don’t like their statement here regarding legal hobbyist flying:

According to the the FAA, to fly legally in the U.S. a drone pilot must either hold a Part 107 Remote Pilot certificate for commercial operation OR fly by guidelines developed by a recreational/hobbyist drone organization such as DroneUp.

Become a Responsible Community Pilot Learn how to fly your drone safely and responsibly with our free RCP training. 1 Helping Hobbyists Fly Safer DroneUp is committed to supporting both the FAA and our industry by encouraging safe and knowledgeable...

That’s not correct at all. This statement has a least a half dozen errors in it. It’s not “according to FAA”, it’s according to the 112th Congress. Who said a Part 107 certificate has to be “for commercial operation”? They completely left out any reference to Section 336. They don’t qualify their organization as being nationwide. It’s almost as if they want Section 336 to be a secret.

The FAA has specified 2 ways to fly a drone legally in the US:
1. Earn a Part 107 certificate, allowing you to earn money as a drone operator; or
2. Be a member of a drone organization and be certified by them. Become a Responsible Community Pilot! Learn how to fly your drone safely and responsibly with our free RCP training.

What??? Everybody knows we don’t have to be a member of a CBO, and we certainly do not need a certificate from a CBO to fly legally. What a crock.

Sorry, but IMO, these guys have way too many fundamental issues for me to put my trust in them as a legitimate nationwide CBO.

Also, I’m reluctant to cut support to the AMA, since it seems to me the AMA has a much better connections and is much more active in lobbying congress in support of the hobbyist community than any of these other outfits. And AMA has a proven track record since I am certain 336 exists due to AMA’s lobbying efforts. If we leave everything to these other guys, we’ll be back to collecting stamps for a hobby in five years.

I will stick with the AMA.

I don’t understand how they can specifically and deliberately contradict what’s written in Section 336 (i.e. notifying airports in Class G)

US law takes precedence over CBO guidelines, so you’d of course need to follow US law if your CBO of choice has any guidelines like that.

I guess the local authorities aren’t that smart. LOL!